So You Want to Change a Habit?

We live with habits happen all the time. In fact we really can’t function without them otherwise our head would be cluttered with all sorts of detail which wouldn’t allow us to ever attend to our higher level planning and decision making processes.

A habit is quite simply something that gives us a predictable outcome without the need to draw heavily on our cognitive resources. What are considered ‘bad habits’ can best be described as those behaviours that don’t fit with the person you want to be. They may also be behaviours that are becoming progressively unworkable or unsustainable in a personal or work sense. For example:

We can try to break habits by self control, however whilst self control can be built like a muscle there is more to it. Neuroscientist David Eagleman showed that will power is a finite resource which can actually run down like fuel in your car. So whilst building your self-control muscle is seen as a worthwhile pursuit, we do not have a limitless supply. This is especially true as we exercise our decision making and other aspects of our day that require the exertion of mental energy.

Once that supply is depleted we revert to our habits as a way of functioning by using a minimal amount of metal processing power. So as our day progresses and our ability to monitor and manage our behaviour progressively depletes we become more and more at the mercy of our habits. This is when we are more likely to react in ways that we later regret, but at the time felt like the errant behaviour was upon us before any self control could be employed.

The Basics of a Habit

Habits start with a trigger – something that initiates a routine. The trigger can be a feeling, a sensation, a memory, an external stimulus or simply a thought. The routine that follows can be a behaviour, thought, feeling or an impulse. Once the trigger and routine have been linked with a reward, it becomes a habit.

A reward can be to avoid something unpleasant or to gain something pleasurable. So if your habit is to drift off during a conversation or meeting then the trigger is probably something like a thought or feeling followed by daydreaming or other forms of inside your head thinking with the reward being you don’t have to exert yourself. This is the brains natural default mode that exists to conserve energy.

For example, you feel anxious (trigger) and as a result have an alcoholic drink (routine) and feel more relaxed (reward) – at least temporarily. In a work situation you may be feeling uncomfortable about an opinion expressed by a colleague (trigger) which leads to you talking over them (routine) which allows you to have your say and avoid disagreeable opinions (reward).

We know that between the trigger that is the starting point for habitual behaviour, and the behaviour itself we have the opportunity to do something different. But this can only happen if we are attentive and mindful at the point of the trigger and also that we know what an acceptable alternative might look like.

So in order to change our habits we need to be mindful at the start of the habitual behaviour – This is the point at or before the trigger and it is called the ‘Switch Point’.

The tools that allow you to identify this point come from mindfulness and mindfulness does not deplete your resources in the same way that exercising will power does.  Mindfulness helps you deal with the distractions that over load the decision making centre of your brain allowing you to attend to feelings and thoughts so you can select our preferred alternative behaviour at the right time – before your habitual behaviour plays out.

Working with the Switch Point Model

In the switch point model above the left hand side (red) represents an auto pilot/habitual reaction that is triggered by an external stimulus or internal thought, feeling or impulse. If an individual perceives that a particular habit is unlike the person they want to be, the point of change is at the switch point just after the trigger and before the habitual behaviour plays out.

So there are three pre requisites to changing a habit:

Try connecting with the three components of a habit first (trigger, behaviour and reward) and then work from the trigger point to redefine the behaviour that will form the new preferred response pattern and move you closer to the person you want to be (your valued direction and reward).

‘From a mindfulness perspective it is about setting aside the struggle and the argument with yourself so you are better placed to take a...

Putting Anxiety in its Place

‘A thought is not a fact – a thought is just a thought’ (Jon Kabat Zinn)   Have you ever been in a situation where you...

The What, Why and How of Mindfulness

What is Mindfulness? Mindfulness is simply about being present and in the moment with an attitude of openness, curiosity and acceptance. This means allowing thoughts and feelings to come and...

An Introduction to Mindfulness

Graeme Bye is an organisational psychologist with a background in corporate organisations in HR and Leadership Development.

He coaches individuals and teams and includes mindfulness practices and techniques to improve effectiveness, manage stress and achieve focus. 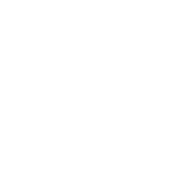